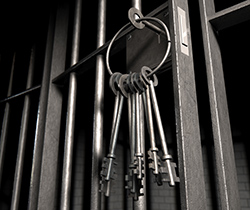 Although California hasn’t executed a death-row inmate in more than 10 years, the political battles surrounding the death penalty swirl as intensely as ever. Both sides agree that the current system is riddled with waste, delays and inefficiencies, but they are sharply divided on what to do about it. A January Field poll found that 48% of Californians supported speeding up the execution process, while 47% favored doing away with the death penalty entirely. As initiatives representing both viewpoints work their way toward the November election ballot, the issue is coming to a head. Now is the time to protect public safety and victims’ rights by mending California’s broken death-penalty system — not ending it.

Since California voters reinstated capital punishment in 1978, more than 1,000 inmates have been sentenced to death and 117 have died, but only 13 were executed — the rest died of natural causes (such as old age) or suicide. Even before 2006, when a de facto moratorium on executions began due to legal challenges to the lethal injection method, the average time spent on death row while appeals dragged on was 20 to 25 years, the longest delay in any U.S. death-penalty state. California currently houses 746 death-row inmates and counting, and is running out of space to hold them all, with the governor requesting over $3 million from the Legislature last year to build more death-row cells. In 2008, a bipartisan, legislatively appointed commission recommended reform, calling the system “dysfunctional,” “plagued with excessive delay” and full of failures that “create cynicism and disrespect for the rule of law, increase the duration and costs of confining death-row inmates, weaken any possible deterrent benefits of capital punishment, increase the emotional trauma experienced by murder victims’ families, and delay the resolution of meritorious capital appeals.”

It might seem easy to throw up our hands and see this mess as proof that the state should give up on the entire idea of capital punishment. Sponsored by a San Francisco-based organization, the Justice That Works Act of 2016 ballot initiative proposes banning executions altogether, converting all existing death sentences to life in prison without parole. But to LAAPOA and our allies in law enforcement, giving up on the death penalty would mean giving up on justice for crime victims and their families. The prisoners currently on California’s death row have murdered more than 1,000 people. Of those, 229 were children, 43 were peace officers, and 294 of the victims were sexually assaulted and tortured. Having a functional death penalty law will help us protect the public from society’s worst criminals and bring some measure of closure to the families whose loved ones were cruelly taken from them.

Supported by victims’ advocates and numerous law enforcement agencies and associations, including PORAC and the California District Attorneys Association, the Death Penalty Reform and Savings Act of 2016 seeks to repair the system, ensuring justice for both victims and defendants. It would streamline the appeals process by expanding the pool of available defense attorneys, restricting frivolous and unnecessary claims, and requiring that a defendant sentenced to death be appointed a lawyer at the time of sentencing, rather than waiting five years or more simply to get representation. It would require that condemned inmates work and pay 70% of their wages as restitution to victims, and would allow them to be housed in less costly housing with fewer special privileges. Finally, it would ensure accountability by giving the California Supreme Court oversight of the state agency that manages death-penalty appeals, as well as reforming the administrative hearing procedure for the execution protocol.

While still assuring due-process protections for those sentenced to death by providing readier access to qualified lawyers, these simple changes will significantly reduce delays and save California taxpayers millions of dollars every year. According to the Legislative Analyst’s Office, just eliminating the single-cell housing of death-row inmates at San Quentin will save the state tens of millions. Most importantly, fixing the death penalty restores law enforcement’s strongest tool to keep our communities safe from the worst of the worst.

“As thousands of prisoners receive early release due to prison overcrowding, dozens of offenses have changed from felonies to misdemeanors, crime throughout California is on the rise, and polls show Americans’ concern about crime and violence is at a 15-year high, removing the death-penalty deterrent is the last thing our state needs,” says LAAPOA President Marshall McClain. “As we move into a pivotal election year, we urge all of our members to stay informed and engaged on this crucial issue. Whether one or both of the initiatives make it to the ballot, law enforcement’s voice matters in this conversation — and if both initiatives are on the ballot and pass, the one with the most votes will win. Let’s make it clear that reforming, not repealing, the death penalty is what will protect public safety.”